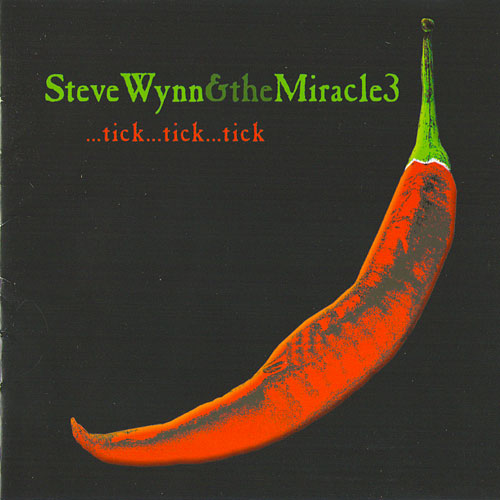 I was hanging out with my band. We're called the Miracle 3. Well, that is, they're called the Miracle 3. I'm called Steve Wynn. Always have been. Anyway, we were hanging out in a diner in the wee hours sometime after one of the 500 or so gigs we'd played together since the 21st Century began. We had already talked about the show, the choice of songs on the radio station, how many orders of fries would do for the table. That kind of stuff. That led us to heavier things like where we would record the next album. Ideas were kicked around. New Orleans, Singapore, Helsinki, Cleveland, my living room.

"Why don't we just go back to Tucson," I asked.

Now, Tucson was where we had made our last couple of albums. And those records--"Here Come the Miracles" and "Static Transmission" respectively--had kicked up a bit of a fuss. They were seen as my--oh, I dunno--fifth or sixth comeback, resuscitation from the dead since I made "The Days of Wine and Roses" with my old band the Dream Syndicate back in 1982. There was gold in them thar hills and I wanted to go back and dig for more. I liked the idea of putting an exclamation point on what would turn out to be some kind of Desert Trilogy.

But if Miracles was cocky, sprawling and swaggering and "Static" was moody, nervous and dangerous, I wanted this one to push the boundaries in a different direction. I wanted this album to be one that separate the wheat from the chaff, the men from the boys, the faint of heart from their wallets. I wanted to go back into the desert and battle the blinding heat with the dizzying neon glare that we would bring from New York. The Arizona haze short-circuited by the frenzy of a New York minute. Louder, harder, sicker, freakier, more hopped up on goofballs than what we had done before. I wanted this record in a way that, well in a way that we had been doing on various stages for the previous few years.

And that was that. Ten days in Tucson just like the last few times. The eternal search for the perfect goat taco, going head to head with co-producer Craig Schumacher in his personal playpen of forgotten gear aka Wavelab Studios. And we got what we wanted--a direct translation of the sounds and heat and chemistry and tension and occasional release that four people can reach when they've shared vans, stages, hotels, thoughts and memories for four years. This record was US. This was OUR MUSIC. This is the Miracle 3. No guests, no ringers, nobody hidden behind the screen (aside from my buddy and crime writer extroardinaire George Pelecanos who makes his songwriting debut as the lyricist of "Cindy, It Was Always You.")

And the title? Well, I wanted to convey the sensation of post-millenium panic, of a clock ticking and of a furious, unsettling race against time. I think that the songs and performances all reflect the frenzy and exhilaration of behavior modifications that occur when you have your eyes on the second hand and your hands on the volume controls of an Ampeg Reverbrocket amplifier, a rock and roll arms race of sorts. Me, I don't bother with time or looking at the clock. It only slows me down.

The third release in the "Desert Session" trilogy, folllowing the critically acclaimed Here Come The Miracles and Static Transmission.