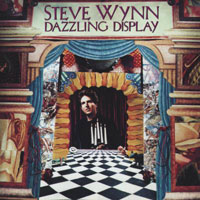 and with loads of guest appearing, like Howe Gelb, Fernando Saunders, Peter Buck,.....

Steve translated Serge Gainsbourg's Bonnie and Clyde from French to English, for the duo with Jonette Napolitano

Drag was played in episode 49 of Baywatch