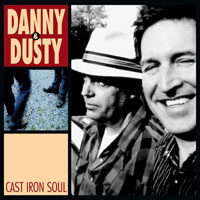 Some things just can't be rushed.

The record was produced by JD Foster and the first 5000 CDs include a full length DVD of a Danny & Dusty show at the Music Machine in LA back in 1986.

The deluxe package is available right here until it's GONE.